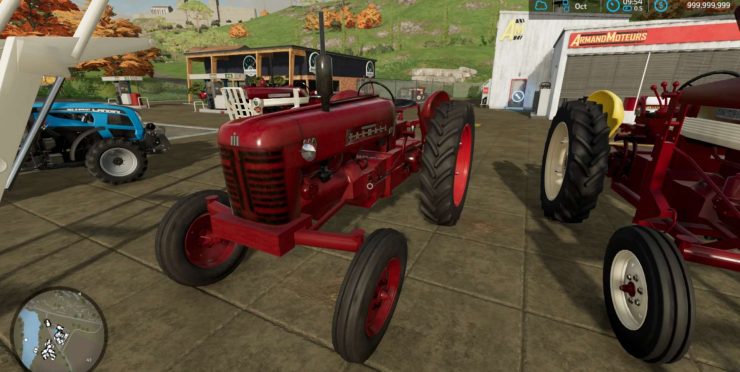 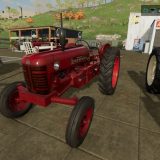 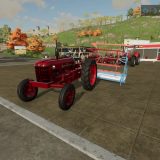 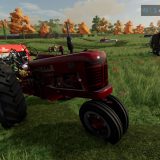 The Farmall 300 had big shoes to fill.International Harvester sold a whopping 390,000 of the Farmall 300’s predecessor, the Farmall H, during a production run that began in 1939 and ended in 1953 with the introduction of the Super H.Although all of Farmall’s letter-series tractors were successful, the H was truly a right-sized tractor and the one that securely put Farmall at the top of the heap. All of the letter-series Farmall tractors shared Raymond Loewy’s handsome cosmetic design with its streamlined hood and fuel tank.

Plus, all the tractors were introduced bearing the landmark IH logo that Loewy designed: the red lower-case I in the center of a black capital H. The dot over the I was supposed to represent a driver’s head looking over the hood of a Farmall. The black upright columns of the H represented the tractor’s tires viewed head-on. This has now become the stuff of collectible tractor legend.So where does that leave a well-seasoned International 300 Utility like our feature tractor?

Prior to the 300 Utility, International had focused on building row-crop tractors with the now-famous tricycle configuration. But this new 300 would give the tractor maker inroads to a market it hadn’t been focused on and allow it to compete head-to-head with Ford’s 800 and 900 series tractors as well as Oliver’s Super 55. The 4,413-pound 300’s low ride height and 75-inch wheelbase with short overhangs made it stable and maneuverable, perfect for a variety of odd jobs, including mowing. The good news about the 300 is that if you like the Farmall H, then you’ll love the 300. The 300’s gasoline engine was just a 169-cu.in. version of the Super H’s 164-cu.in. inline four-cylinder.

The LP-fired engine had a higher 8.75:1 compression ratio, but the maximum rpm was dropped to 1,750.The 300s were available with International Harvester’s Fast Hitch lift, which made changing implements quicker and easier on the operator. The 300 could also be had with a live PTO and IH’s Torque Amplifier–a cluster of gears with a clutch that splits each gear, letting the operator make a quick downshift to gain rpm quickly or provide some additional engine braking.With the Torque Amplifier option, the 300 had 10 forward gears and two reverse; without it, the tractor had five gears going forward and one in reverse. Either way the 300’s top speed was 15.4 mph, but T/A tractors could poke along in low gear at 1.6 mph when the lowest speed was used.In 1957, minor cosmetic changes and new model numbers updated International’s tried-and-true lineup. The 300 became the 350, and a diesel engine manufactured by Continental became available.

Today, there’s plenty to like about the 1950s-vintage numbered series International Harvester tractors like the 1954-1956 International-Harvester 300. Parts and information are widely available, and the Farmall faithful are always quick to welcome a new member into the fold.For an International 300 in presentable condition, expect to pay upwards of $1,500-$3,000–though as with almost any piece of collectible farm equipment, values are only going up.